Topic:
History
Humor
Prescriptivism
In "honor" of grammar day (an event which profoundly annoys me because it always brings out people's pet peeves about grammar, I present the following Punch cartoon (cited in Richard Bailey's Nineteenth-Century English, showing that middle-class insecurity about language has been around for a long time. It's the governess, not the rich kid, who cares about "proper" speech. She's the one who is socially insecure, after all. 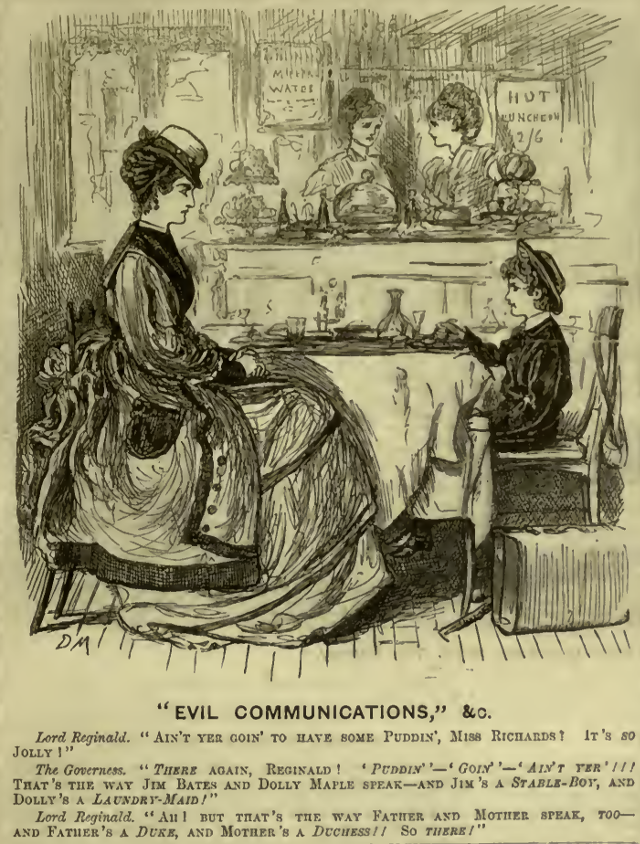 Lord Reginald. "Ain't yer goin' to have some Puddin', Miss Richards? It's so Jolly!"

Lord Reginald. "Ah! but that's the way Father and Mother speak too--and Father's
a Duke and Mother's a Duchess!! So there!"

Thw parents may be careless in their own speech and still expect the child to speak better, and blame the governess if he doesn't. preswnt-day nannies have reported something similar.